Indy Hangout - The Good, the Bad, the Fast.

werraC said:
Didn't mean to sound rude about your friends car. I just don't want you getting into something that will be a potential headache and strain your relationship with him. My car is a little sketch too, trying to fix that. But still be a bit sketch.

Friends tell it straight no sugar coat. Even when you break a clip on a maf connection and you use tape to fix it. He calls you out on it, in front of people. It's love , not mean
Click to expand...

No worries, I appreciate you and Stev-0 (as he deals with his herpes outbreak) keeping me grounded, as it would not have been a good purchase for me.

He did just sell the RX7 for $71k, and I was only going to offer $65k if I did decide to buy it. The guy who bought it is giving him $2k extra to drive it to Tennessee for him, and there's a GTR down there for sale that he's going to check out, and for the money, would be a great buy for him. So it all worked out for him, but that car has been one of my favorites (especially in that nardo grey) for quite some time. For some reason the RX-7's, 240Z's, and 280z's have always been cars I've loved when they are resto-modded to some degree.

Joined Jun 30, 2016
·
219 Posts
If you want to make a cheaper, poor-financial decision, just let me know Brian. I've got the perfect thing you don't need. A project car! With your lift, it would be easy to complete!!!

DarkFox said:
If you want to make a cheaper, poor-financial decision, just let me know Brian. I've got the perfect thing you don't need. A project car! With your lift, it would be easy to complete!!!
Click to expand...

Thanks, but my project car days are long behind me!

So not only did my friend get $71k for his RX7, but the guy gave him $2k to bring it to him in Tennessee, so while he was down there he found a beautiful GTR for $69k and bought it. I told him he must be living right for all those pieces to have come together like that.

Still battling that warehouse deal. Not sure if we're going to prevail but if the developer gives into our demands we may allow a smaller building to move forward in a bit of a win-win for both sides. The developer is an arrogant *******, but his attorney is reasonable, so we'll see what happens when they respond to our demands today.
T

I checked the internet, twice.....and confirmed that is an impossibility. It's an oxymoron.

Joined Mar 31, 2004
·
7,025 Posts
Good morning everyone! Still working special projects to help with recovery from the cyber attack. We are pushing 2 months since the attack and still not back and operating 100%.

Interesting, the CEO pulled in with his C8 vette this morning. After further investigation, it is a 2022 C8R. Pretty nice little ride for sure.

werraC said:
Is it your fox? What is the number
Click to expand...

Yes, and I have no clue. Prices are all over the place right now. Not even sure I would sell it unless the number seemed right to me.

Joined Dec 14, 2018
·
691 Posts
I got all the turbo stuff off. I have to plug feed and return turbo oil line connections. Cleaning engine bay. I have a 4 day weekend, this weekend, work maintenance thing. Plan to do headers and exhaust. Plugs, plug wires. And z28 brake cooling. Might get to point of running.

Ported railmod intake should be here in couple weeks. Will have to swap intakes

Going to test drive current turbo tune which is Speed Density around area to see if it drives OK. No different then losing a charge pipe when turbo.

But still might rent uhaul truck n trailer. Then I have a way home. 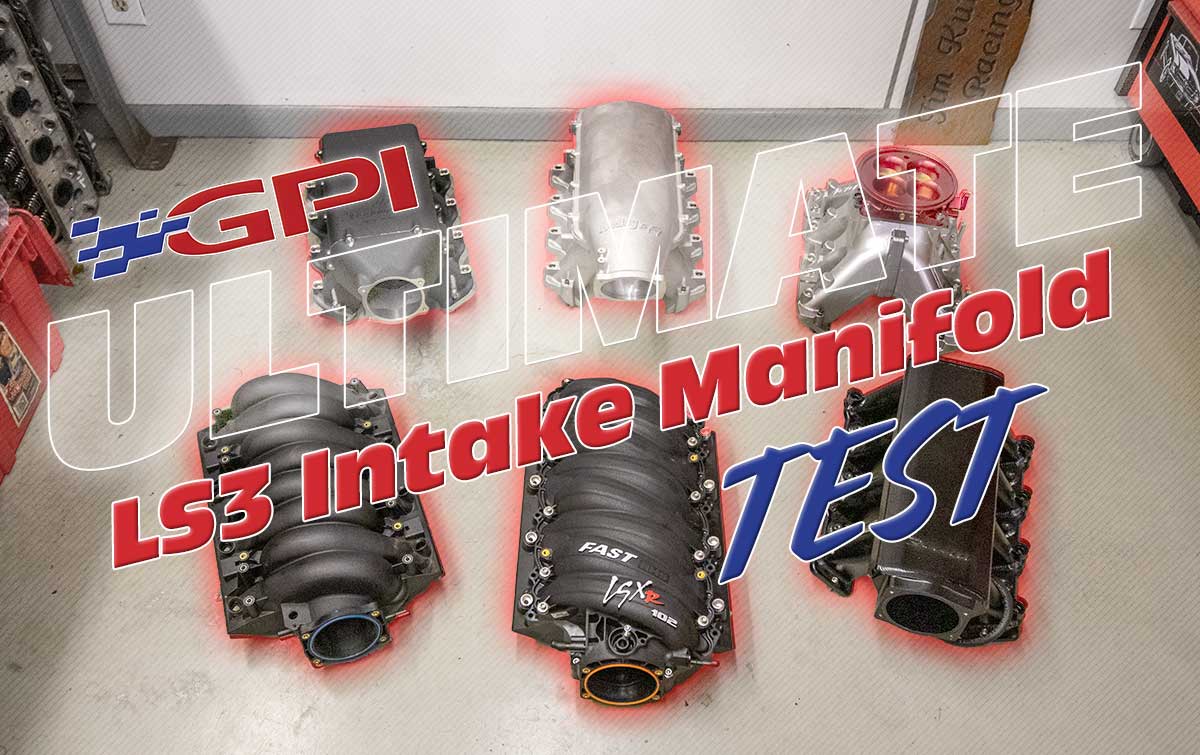 We get a lot of questions about intake manifolds, and because our recommendations vary depending on use and application - we thought it would be helpful to

Had a full day trial in Marion yesterday, talk about a town down on it's luck. The judge and court personnel were very nice and professional though.

Today is our hearing against the Goliath warehouse. Hoping for a good outcome, but whoever loses today will appeal anyway, so this is just round 1. We've gotten several continuances to our benefit, but I don't think it will be continued again.
T

We lost our hearing because our city councilman stabbed us in the back at the last minute by pulling his opposition to the warehouse. I sent him a lengthy email that said I will spend the rest of my life making sure he never wins another election, and yes, in this township, after coaching youth football for 15 years and defeating the sewer plant, I do have that kind of pull. If he doesn't reverse himself (again) and oppose this when we appeal, his political career is over. Well, if you need some reading material, here's what I sent:

To say that I am shocked at your betrayal today would be an understatement. You decided to cozy up to a developer and completely ignore your constituents. Do you know how I found out that you were withdrawing your opposition? Your aunt opened her big mouth to some of my neighbors in the lady’s bathroom 5 minutes before the hearing. That’s how I found out. You did not have the decency to discuss this with me, nor give me any forewarning, which is exactly what Calderon wanted.

You have not once wanted to sit down and see what evidence we have that this will in fact flood many of your neighbors and constituents. We do have significant evidence of what this will do, and how the FEMA flood maps are outdated and inaccurate. We’ve not had any big rain events since 5 Below went in, but when we do, and when everything floods far worse than it has in the past, we will get the media involved and we will point the finger at you for allowing this to happen to the people you are supposed to represent.

Who did you align yourself with? A greedy developer whose attorney tried to mislead the hearing officer today by saying that they did not know if they would seek a tax abatement, even though they stated unequivocally at the Civic League meeting that they would be seeking a 7-to-10-year abatement. In 10 years, they’ll walk away from that warehouse, and it will be a useless eyesore and the township will not have benefited at all. Calderon also tried to mislead the hearing officer by claiming that their development was 100% within the comp plan, when it clearly is not. I can show you how a large portion of it is not within the comp plan, but you have not accepted my offers to discuss this project. Is the rumor true that you met with the developer and walked the property just this week? Even though months ago I invited you to my property to discuss this and show you what the dangers are to your constituents if this warehouse goes through. You sat down with them and not with us?

Did you even look at their fictitious traffic study? They claim that the semi-truck traffic will all use the Pleasant View exit, but if you use even a modicum of common sense and google map the most direct route from Louisville to the 5 Below warehouse you will see exactly what routes those trucks will take and it is straight through our township. Over the next 5 years our roads will be destroyed because you supported this warehouse development. Their concession to allow a 50’ right of way for the greenway is likewise completely inadequate, and having a narrow greenway next to a mammoth warehouse that operates 24/7 defeats the entire purpose of having a greenway in the first place. So, your support of this will also forever damage the plans for a greenway through the Buck Creek corridor.

We will be filing an appeal and if you do not oppose this warehouse development or force the developer to make reasonable accommodations regarding the size and operating hours of this warehouse, I promise you I will make it my life’s mission to make sure you never win another election again. If you think that my name does not carry enough weight in this township to make that a reality, then you are mistaken. When your constituents find out how this went down and how you negotiated with the developer behind our backs and stabbed us in the back at the last minute your name will be persona non grata. I’m sure you are aware of what happened to Colleen Fanning when she sided with big money developers instead of her constituents on the Haverstick Woods debacle, and how her constituents went door to door before the election, making sure their neighbors were aware of her betrayal, and I can promise you that history will repeat itself if you do not do the right thing.

Choose wisely and sit down with us and hear the other side of this debate, if you have any interest in hearing the truth.
T

So far, I haven't heard a peep from our councilman, but his email has been blowing up from angry constituents. He knows what the right play is, but we'll see if he does it.

Sounds like Brian has his professional boxing gloves out and it ready to whip somebody's butt! Your arguments are accurate and precise. He deserves to at least sit down and list to "his" people, but I wonder if he is just getting his pockets lined from the opposition.

Gage's FB team is off to a good start this year. 2-0 record outscoring the opponents 52-6. All three Whiteland teams beat the three Franklin teams on Saturday a combined 82-0. Martinsville comes to town tomorrow night and we are working to keep our streak going.

Joined Dec 14, 2018
·
691 Posts
I got some stuff done, all turbo stuff is off, test fit headers to see if I can leave the oil cooler spacer that fed the turbo. It has to go. I kept the original bolts.

Cleaning engine bay of all the glass dust from wrap.

Also have to swap out coolant bottles, need to buy a oe windshield washer bottle.

Since I will be running a front plate, I found a mount that goes under splitter and leans back to lower grille. Instead of center and drilling bumper or loose fitting tow hook types

Just found out our city councilman works for a logistics company that supplies truck drivers, so the fox was guarding the hen house all along and I had no idea. Dude is going down politically.

Larry sound like you guys are killing it in football. Relish those days my friend because they go by too quickly.
T